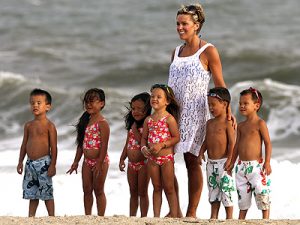 Looks like Jon’s got what was coming to him. TLC has announced that “Jon & Kate Plus 8” will be changing its name to “Kate Plus 8” starting November 2 leaving Jon out in the cold – a clear win for Kate.

TLC’s decision to boot out Jon (although they don’t call it that) is pretty logical not to mention a popular move since he’s been factoring less and less in the kids’ life. According to TLC “Kate Plus 8” is appropriate because it reflects the new “family dynamics” with Kate handling life as a single mom. As TLC President Eileen O’Neill said, “Given the recent changes in the family dynamics, it only makes sense for us to refresh and recalibrate the program to keep pace with the family. The family has evolved and we are attempting to evolve with it; we feel that Kate’s journey really resonates with our viewers.” Or maybe even they are getting tired of Jon’s bachelor antics.

In the meantime, Jon is trying to salvage things by putting the brakes on their divorce proceedings. According to Jon he wants to “restore our [his and Kate’s] relationship as cooperative parents and to open up our lines of communication. I hope that she will be as receptive and enthusiastic as I am to do what is best for our family . . . I would like to get back with Kate as a partner in parenting.” As if Kate is the one who hasn’t been trying to do what’s best for the kids!

As for the show we’ll see how better off things will be without Jon G.

Jon and Kate Plus 8 is back in full force and their beach vacation is over. Things seem to be looking up for Kate more and more, at least in terms of how the public view her, while things still seem to be going downhill for Jon, who still denies that he is going through a mid-life crisis despite his new earrings (Note: not new piercings, only the earrings are new).

Although I was half-expecting Kate to have a fit and the couple to get into another one of their “not so sorely missed” arguments by the end of the show it was obvious that the producers was just building up the anticipation maybe to add a little more drama. When Kate got home she didn’t like what she daw but instead of blowing up she gave a mere “Oh. Oh. Oh.” before she calmed down. Jon wasn’t even there with her so obviously no argument happened.

The entire episode was devoid of any shots of the ex-couple together although it was obvious that Kate, who still wears her wedding ring, still in a way wishes that things would be different. As Kate said, “I’ll never stop loving you [her kids] and Daddy.” A sentiment any mother can understand.

As for Jon let him express himself as much as he want to and let him be himself but for the kids sake let’s just hope that who he really truly is, is a much better dad than he’s been the past months. 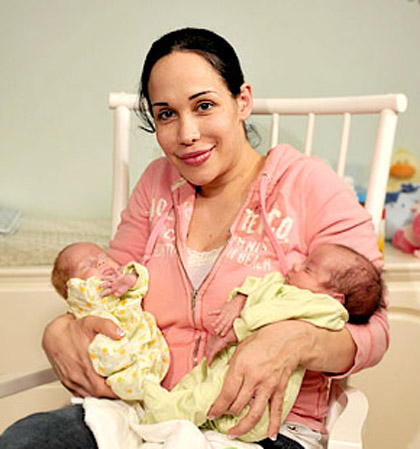 It was only a matter of time till Octomom got her own reality show – and now she has. I wouldn’t have cared if it was only her that would appear on the show but of course we know that what she’ll really be cashing on would be her kids. Nadya Suleman has signed the deal with Eyeworks, a European production company. If it weren’t for the kids I would love for that show to bomb.

The only real good news about this whole thing is that the deal specifies that 15 percent of the earnings will automatically be deposited to the kids’ trust fund, which can’t be touched even by their mom, till they reach eighteen or they become legally emancipated. So I guess they’ll at least have some savings.

Seriously though I enjoy watching reality shows as much as the next person sometimes things can just sicken you. As always it’s the kids that have to suffer. At least there’s no marriage to split up here. Let’s just hope the kids somehow end up better off with this.

ABC Family has a new series and we’ll be seeing it for the first time tonight at 7/8. Their new series, “10 Things I Hate About You”, is based on the 1999 hit movie comedy of the same title, which in turn is based on Shakespeare’s “The Taming of the Shrew”.

I am pretty excited about this series simply because it takes me back in time. My girlfriends and I used to watch the movie again and again and again. It’ where I first fell in love with Heath Ledger. Enough of the movie though and back to the present.

If you’ve read the “Taming of the Shrew” or saw the decade old movie (Time sure does fly!) then you already know the tv series premise. It’s about sisters who are complete opposites. The non-conformist older sister, Kat Stratford (Lindsey Shaw), is being pressured by her popular younger sister Bianca (Meaghan Martin) to start dating because their over-protective dad, who equates dating to getting pregnant, won’t let her unless Kat dates. The show is said to be not too different from the movie although the teens now go online and have nicer phones, in short they’re living in this century.

We’ll still have to see if the show disappoints or it will trigger the same enthusiasm among teens that the movie did. As for Shakespeare, your guess is as good as mine as to how he’ll react to the tv series version of his “Taming of the Shrew” were he alive. 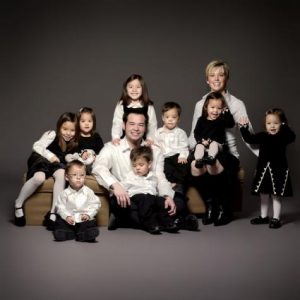 And it’s goodbye for now for the Gosselin family, at least till August 3. The episode of “Jon & Kate Plus Eight” was aired this week and what we saw were edited versions of the family’s journey since the show started, from their Hawaii vow renewal trip (they didn’t show the vow renewal part though) to short teasers of all new upcoming episodes showing Jon and Kate going on separate trips with the kids.

The show was put on hiatus by TLC and because they want to give the family time to work out the divorce and also settle on some semblance of normalcy for the kids, at least in terms of custody schedule, before the filming resumes.

The episode was really bittersweet as it not only showed us the fun family times but also saw (although the editors did not try to highlight that part) how the couple slowly drifted apart. Watching it makes you realize how fragile a marriage can be. As the show goes on hiatus many, whether for Jon or for Kate, can only say that they hope the couple saw the episode, whether it be to help them say their final goodbyes or to help them realize that they should give it a last ditch effort. Whatever we feel though we can be sure that Jon and Kate, however mean and loving they were to each other, will feel more than double of what we feel if they did watch that episode. The question is will the feelings be positive or negative? Probably both.