I don’t generally enjoy police procedurals, mostly because it seems they’ve all been done before, and they’re horribly dreary. But I’m thinking of giving the new Hawaii 5-0 a shot, mostly because of this fun-looking trailer.

CBS is developing a revival of the classic Hawaii Five-O series. 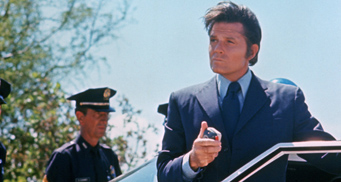 The new series will involve Ed Bernero, the executive producer and brains behind Criminal Minds. Hawaii Five-O is just one of three projects that Bernero has in the works.

Of course nothing is as high profile as Hawaii Five-O, who Bernero promises will get a modern twist, he calls it Hawaii Five-O 2.0. The revival will follow the “police procedural” theme or format of the show. As a cool homage, Steve McGarrett’s son Chris will be the lead in the series. Steve McGarrett was played with much aplomb by Jack Lord in the original series.

Hope this is one remake that doesn’t stink.