The 2010 Primetime Emmy Awards nominees were announced at a traditionally early-morning ceremony today in L.A. And if there’s one message that the 62nd Emmy Award nominations sent, it’s that it’s good to be Glee.

The most total nominations went to the HBO miniseries The Pacific, which nabbed an incredible 24 nods. Other big winners include Mad Men, with 17 nominations; 15 noms each for Temple Grandin, 30 Rock, and You Don’t Know Jack; and 14 nominations for ABC’s freshman comedy series Modern Family. END_OF_DOCUMENT_TOKEN_TO_BE_REPLACED

Mad Men was as good as I had hoped it would be and apparently I was not the only one satisfied with this season’s premiere episode. I won’t bother to do a recap at all because it’s the type of show that I feel you just need to watch and follow to really enjoy it. Instead, here are a couple of reactions that pretty much echoes my sentiments.

“Mad Men returned on Sunday, after months of anticipation and marketing…It is as shockingly good as ever, moving at a snail’s pace, pausing long and lingeringly on the small moments of repose for the characters, and on tiny, telling bits of dialogue.” (John Doyle of The Globe and Mail)

“It’s a thinking-person’s show, so rich and deeply layered and subtle and slow to develop…It’s like watching a book. Each episode unfolds at its own pace, and it may seem like not a lot happens. But that episode is just one part of the bigger puzzle, and the season has to be taken as a whole…It requires patience and forces viewers to actually think about what they just saw, to process it all and figure out where it all fits into the big picture. That’s an absurdly ambitious goal for a TV show, but “Mad Men” succeeds at that like few other series ever have.” (TV of pressdemocrat.com) 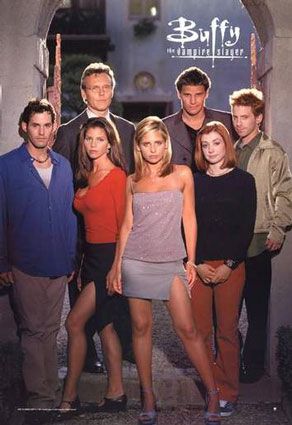 Shows like “Pushing Daisies” and “Gossip Girl” will also be honored for a good freshman run. Expect to see stars from “Chuck,” “Dirty Sexy Money” and “Mad Men.”