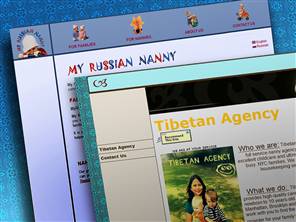 According to the proponents of the trend, Tibetans are perfect for the job because they have very well balanced personalities, are “Zen,” and have had cleanliness and neatness ingrained in them since childhood.

But does it really matter what your nanny’s nationality is?

Joan Friedman, the owner of nanny agency A Choice Nanny, says that probably not. She says that, most of the time, people ask for nannies based on ethnicity simply because they’re jumping into the bandwagon and they don’t know any better. What she does is to tell them it’s illegal to make choices based on ethnicity. More than that, she emphasizes that a person’s nationality does NOT guarantee a fit and that it’s quite “inappropriate and limiting.”

Any rational person would see the truth behind Friedman’s statements. People are different, no matter the nationality. The next time you are on the lookout for a nanny, you might want to bear that in mind.