Foodies watch out. There’s a revolution going on and Jamie Oliver’s right smack in the middle of it.

Celebrity chef Jamie Oliver’s new show airs tonight at 10PM on ABC. The show, Jamie Oliver’s Food Revolution, actually aired a sneak peek on the 21st but I missed it. After seeing Larry King last night though my interest was peaked, not because it seemed a particularly entertaining show, but because I am eager to see how well the “revolution” will be accepted.

According to Ryan Seacrest (He’s the executive producer of the show. That guy is getting busier and busier by the minute!), he was “embarrassed as a teenager” because of his weight. Like Bill Clinton he thinks that by changing the kind of food served in school cafeterias he would probably have been less fat and reap better health as he grows older.

The revolution starts in Huntington, WV where Jamie helped change the daily menu from serving processed foods like pizza, frozen chicken nuggets, ready-to-eat eggs and corn dogs for breakfast and lunch to healthier foods made from fresh ingredients. Not surprisingly his first few weeks was met with resistance from the school cooks (They should be thankful it’s Jamie Oliver and not Gordon Ramsey that’s “revolutionizing” their kitchen) and the children. However, it seems that they are already warming up to the idea and other schools are starting to look into the possibility of making changes.

Jamie Oliver is also taking his advocacy to the White House where he wouldn’t be hard pressed to find an ally since we all know that First Lady Michelle Obama has made reducing childhood obesity a priority. 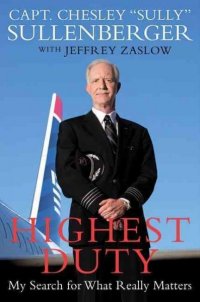 I just saw rerun of “The Daily Show” and, like many people, still can’t help but smile and feel a tad bit better when I saw that Captain Chesley “Sully” Sullenberger being interviewed. He was on the show to promote his new book “Highest Duty”, but the Daily Show being what it is; I quickly lost sight of that intent and was just plain entertained with Jon Stewart’s antics and Captain Sully replies. Of course Captain Sully was still very much together the whole time but he sure smiled a lot and didn’t appear to somber like he does in most interviews. I guess that’s what happens when you get silly questions.

Some of the stuff that drew laughs included Jon Stewart’s impersonation of Cap’t Sully’s really really calm response to the emergency, his question on whether Cap’t Sully was distracted by the fact that the Daily Show studio was just a few block away (to which the Cap’t smiled and said no), and Cap’t Sully’s recommendation to the aviation industry to put back the tabs in their emergency handbook and cut costs elsewhere.

One thing’s for sure though Cap’t Sully was right in saying that people continue to look up to him because they want to hear good news and feel that good can happen. What he didn’t say though is that people look up to him and his crew because even after the crash and all the hoopla that went on with it his character shined. People see in him not just the good that can happen but a good man that makes good things happen.

I know Conan is not the best late night show talk host but I do enjoy watching him sometimes so when I heard that Jimmy Fallon was going to take over his “Late Night” show I was one of those who made sure I saw the first episode to see how well he did, and like most people who saw the show I can say he was passable but utterly unremarkable.

During the course of the first episode I found myself cringing for Fallon because it was just so obvious that he was trying so hard to seem funny and at ease though he wasn’t. For the most part I do blame the writers because lots of the jokes just weren’t funny. I especially hated the game “Lick it for Ten” where studio audiences were asked to lick some stuff (fishbowl, etc) so they’ll get $10. The game was not only pointless but it wasn’t funny, it wasn’t even gross enough to be interesting! Props to the audience though for trying their hardest to help Fallon out.

As for the future of Jimmy Fallon and the show who know? But I share Matthew Gilbert’s sentiments when he wrote the following in the Boston Globe, “Will Fallon improve? I hope so. Perhaps if the writers step up their game and Fallon relaxes, “Late Night” will find a groove. Maybe the producers should give Fallon a sidekick, someone with whom he can josh and tease. As it is, he seems like a lone deer in the spotlights.” I too hope for the best but so far after the couple of episodes I’ve seen I don’t even feel like staying up just to see how well he does.

Who can forget this man? An overly tough sheriff who has his own reality TV show meets Conan O’ Brien – that’s what happened on Wednesday night, in what turned out to be a bizarre show as one can be. Sheriff Joe Arpaio of Maricopa County appeared on the show to promote his reality TV show “Smile…You’re Under Arrest.”

I missed it – and I do not know if I want to see it still, actually, after reading Stephen Lemons’ take on the show. Just to give you an idea (in case you missed it like I did):

As for O’Brien, he squirmed through Joe’s segment, which came after the show’s first guest, actor Chris Meloni. The ginger-haired host appeared embarrassed by Arpaio’s very presence, as if afraid Joe’s metaphysical unhipness might rub off on him.

At one point, O’Brien mentioned that during the day NBC had anti-Joe protesters handing out leaflets in Rockefeller Center, where the talk show is filmed.

To his credit, Conan pretended to be aghast after showing a clip of Joe’s show where some schmuck with an outstanding warrant is arrested after being given a free facial and wrapped in a terrycloth bathrobe with prison stripes.

“This is Punk’d, I guess, meets Cops,” said Conan, parroting the show’s PR shills. “It’s either a brilliant idea or the true sign of the apocalypse.”

That sounded a little strained coming from a guy who’d earlier done a skit involving lactating rats, asbestos fire logs, and a half-male Cuban prostitute. Indeed, O’Brien’s big jokes of the night involved bees on cocaine and the tiny manhood of his in-house band’s trombone player.

So what happened there? Perhaps one of the most awkward segments that O’Brien has had. As for Arpaio, I have this funny feeling that the show will not last much longer. What with the reaction that is has incited and the supposed investigation that the FBI is carrying out, I wouldn’t be surprised if the show doesn’t make it till the end of the year. What do you think?

Lines such as “everyone’s favorite serial killer” would not have been uttered by the average person a few years ago. However, with the popularity that Dexter has reached, this tag line is well known all over the world. This has sparked a certain amount of interest in those who believe that there is a correlation between real life happenings and what is portrayed in TV shows.

Dexter is not a lone ranger in the recent trend of dark heroes on TV. We have Jack Bauer, who has gotten himself into every sort of tangle possible. We also have Dr. Gregory House, a “distinguished” doctor addicted to Vicodin. There are countless TV heroes today who, contrary to the traditional perception of heroes, cannot be labeled as good or bad. In fact, they fall in the various shades of gray that we encounter in our daily lives.

This is what people who have issues with the moral impact of TV are bringing up. These people, in spite of the fact that they are fictional, may have a way of impacting how the real person thinks and perceives things. But how real is that danger? Will a person act on his immoral tendencies because of what he sees on TV? Will the average guy go out and kill “bad” people because of watching Dexter? Will the clean guy try and get some Vicodin because House does?

Maybe. Maybe not. One thing I can say – these shows are darned good but I am not about to go out and kill all the scum I see on the streets every day.