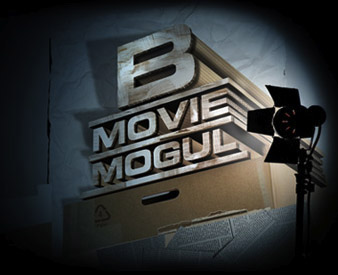 Syfy is partnering with IGN.com to allow viewers to collaborate and contribute to the making of a new “Saturday Original Movie.”

SOM is, of course, the home of such cinematic landmarks as Bats: Human Harvest, Dinocroc vs Supergator, Flu Bird Horror, Ice Twister, and my personal favorite, Mansquito. But at least Syfy is smart enough to know just how bad its B-movies are, and in a savvy move, they’re embracing that kitsch quality by letting viewers help to make one of their wonderfully shlock-y flicks.

This Friday, June 25th, Syfy and IGN are launching a new website, aptly named “B Movie Mogul,” that enables fans to help create a movie that will air on Syfy in 2011. At B Movie Mogul, you’ll select from three primary story concepts, and then help come up with a title, creatures, wardrobe, dialogue, promotional taglines, and even how a major character gets killed and his final words on screen. Participants will get access to development and production meetings, and will be the first to see initial creature designs and artwork.

A six-week voting period will kick off with the site’s unveiling on June 26th, where participants will vote on the initial story concept from three primary ideas:

BERMUDA TRIANGLE
When the President’s plane goes down in the Bermuda Triangle, a rescue force discovers that the cause of unexplained disappearances is not an electromagnetic force or weather anomalies – it’s a monstrous alien creature.

ROSWELL
In 1947, something crash-landed in the desert near Roswell, New Mexico. Pieces of the strange craft were found, photographed and quickly confiscated by the U.S. government – but no one ever talks about the living creature that was recovered from the site.

2012
On December 21st in the last year of the Mayan calendar, something thought long dead rises to live again – and that means trouble for civilization.

The winning story will be announced on August 14th during — you guessed it — the Syfy Saturday Original Movie.

Of course, the potential exists for this movie to turn out to be something completely nonsensical. But Syfy is willing to take that chance.