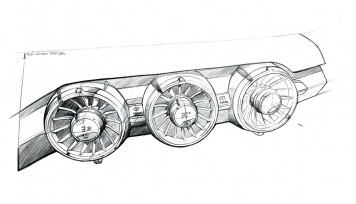 “Futuristic” things have always tended to be rendered as shiny metal, cold, and seemingly impenetrable. It was true of the UFOs in the 1950s and has remained so throughout books, films, TV shows, and any other media since.

If you want to present something as high-tech and futuristic, it obviously has to be shiny. Some “creative types” went a little unorthodox and pushed the brush metal option, but that’s still a kissing cousin of the classic.

If you’re in the tech industry, you might be tired of constantly seeing your reflection in all your gadgets and devices. The good news is that style and décor trends have been moving toward a more natural, organic look in recent years.

People have realized that what makes them feel good is not blinding silver, but wood, neutrals, and soothing tones. That trend has (finally) expanded to technology, with everything from wood-coated USBs to bamboo PC casings.

Here are a few reasons to ditch sleek and slick in favor of the natural approach.

Humans are animals, and our brains are complex machines. There’s plenty of research that shows natural-looking materials such as woods filled with grains and neutral tones will relax you.

That doesn’t mean it puts you to sleep at your desk. Rather, when your eyes aren’t being assaulted, you can focus better on your work and reduce stress.

Brushed metal definitely improved this issue, but there’s no getting around the fact that shiny surfaces collect every smudge, fingerprint, and speck of dust within reach.

There’s nothing as glorious as opening up your brand-new smartphone, but that shiny coat doesn’t last long, as you’ve repeatedly discovered. Makeup, grease, and grimy fingertips put a stop to it pretty quick.

Simply put, people are bored by what they’ve been staring at for decades. Just because something has a shiny silver coat no longer means it’s high tech.

People get used to anything, and the reality is that nowadays shiny may even appear outdated. It’s tough for marketers and designers to let go of a classic, but maybe it’s time to move forward.

Some luxury car designers have added high gloss to the center consoles, but nothing is worse on a sunny day. Picking up and reflecting those rays is annoying at best and dangerous at worst.

For those who work in an office with strong overhead light, it can feel like you’re bobbing and weaving in a cross-fire of laser beams all day.

When you use actual natural, materials in an eco-friendly manner, you’re helping the eco-system and not relying on synthetic materials for your products. Going green is cost-effective and lightens your carbon footprint at the same time.