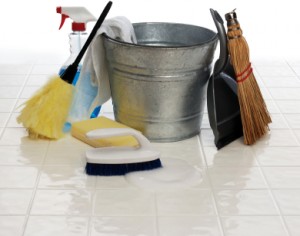 People love television, which is why TV has expanded even farther and many of your favorite shows no longer have to be watched in syndication because of things like Hulu and Netflix. Whether you’re more into doctors doing brain surgery, or you want something that is more comic relief, there is a medical show or you out there.

ER was a drama set around the doctors and nurses of County General Hospital in Chicago.
It personified medical drama, in its time. Running for 15 seasons, from 1994 to 2009. This drama starred such actors and actresses as George Clooney and Julianna Margulies.

ER spent some time on each episode focusing on the patient, while the majority of the show focuses on the doctor’s and nurses. You learn a little about the lives of the main characters, but always focusing on their time in the hospital. You’ll root for relationship between doctors and nurses, and you’ll cry when your favorite characters die or move on.

Nurse Jackie is complete comedic relief, with a serious moment or two. If drug use offends you, it’s not the series for you. Starring Edie Falco, from The Sopranos, Nurse Jackie ran from 2009 to 2015.

It really gave a more in depth look at the stress that the profession of nursing can put on people, while still keeping things fun and edgy. With 7 seasons, Nurse Jackie is a great show to watch in streaming and is available on Hulu currently.

House ran from 2004 to 2012, with comedian Hugh Laurie at the helm. A show based around a troubled doctor and his antics with his crew of doctors, it was a popular television show for its entire run.

Most of the main faces on House moved on to great careers, from movies to television, but Hugh Laurie had already had a face in the comedy world. Most people were shocked after watching him on House to hear him with his authentic English accent in interviews.

The MASH TV series ran from 1972 to 1983, and ran longer than the war it was based on. With 11 seasons you learned about the lives and trials of the 4077th Mobile Army Surgical Hospital during the Korean War. It lasted so long because of its popularity, and great actors like Alan Alda.

Even today this show is relevant, and still airs in syndication. Its popularity has spanned many generations.