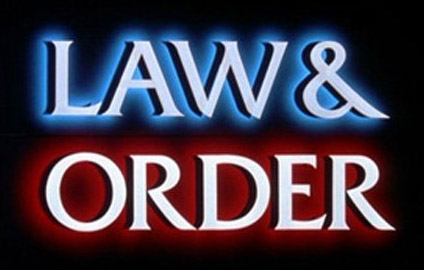 Yes, you read that headline right: NBC is prepping another Law & Order series.

Law & Order: Los Angeles would mark the fifth series in the franchise’s incredibly long history, though the fourth to air concurrently at this time. (Law & Order: Trial by Jury didn’t last beyond 13 episodes.) The original L&O is expected to enter its 21st season this coming fall, while Law & Order: Special Victims Unit remains the ratings champ of the bunch, and is guaranteed a 12th season in the fall. Law & Order: Criminal Intent made the jump from NBC to USA a few years ago, and has just begun its 9th season there.

The new series, Los Angeles, is a proposal that’s caught NBC’s eye because it comes with the creative cache of writer/producer Blake Masters attached. Masters is remembered for the little-watched but highly acclaimed Showtime series Brotherhood. Masters and franchise creator Dick Wolf are expected to collaborate on the new show, which has received a 13-episode order from NBC for this fall.

The real question on my mind is whether CBS will answer this challenge by adding a fourth edition of the CSI franchise to its lineup. There’s already CSI: Las Vegas, CSI: Sunglasses (er, Miami), and CSI: New York. Where should they go next? CSI: DC? CSI: Des Moines? CSI: Beirut?