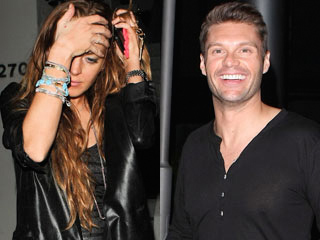 A new reality show is in the works and its all about second chances. At least according to Ryan Seacrest and Lindsay Lohan that’s what they’ve been working on when they were reported to be seen by the paps partying together all night clubbing in LA and hanging out both in Linsay’s pad at the Chateau Marmont and also at Ryan’s place.

Ryan Seacrest, who’s the producer of “Keeping up With the Kardasians”, “Denise Richards: It’s Complicated”, and “Bromance”, tweeted that he “Met with Lindsay last night about a show idea I have for her . . . it helps people and gives others a second shot!” Lindsay also seems excited about the reality show in which she will be a judge (No she won’t be the one we’ll be watching trying to get a second chance…she’s already got that after all!) and tweeted, “Working on a really great project for television — I am excited!”