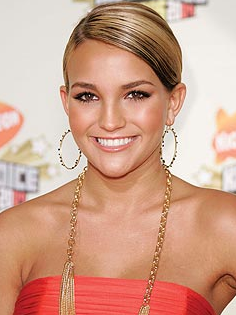 Another Spears is making the headlines. Only this time, the target is not Britney Spears but her younger sister Jamie Lynn. For those of you who don’t know, Jamie Lynn stars in a Nickelodeon show called Zoey 101. I still remember the first time she was introduced to the world of acting. My initial thought was that she looked every inch like her sister! They could have been twins except for the obvious height difference.

However, their personalities seemed to be different as well. While Britney was always attracting negative attention to herself, Jamie Lynn was the exact opposite. In Zoey 101, she portrays the role of an opinionated and responsible student at a co-ed school.

Jamie Lynn reportedly met the father of her child, Casey Aldridge, at church. While her publicist was not available for any comments, it seems like the 16-year-old star plans to take full responsibility for her actions. According to reports, she plans to raise the baby in Louisiana where they can all lead a normal life.

How will this affect the family tree?

Mommy Spears was shocked to hear the news because Jamie Lynn had always been such a good girl, not even breaking her curfews. Still, she seems to be supportive of her daughter. However, there has been no news on what older sister Britney is doing to address the situation. At this point, nothing is certain.

Who knows? This might even pave the way for the whole family to become more connected with each other again.

As for her career, Zoey 101 is set to air new episodes next year.