People who suffer personal injuries in public areas or private properties might not always know who to sue in order to receive proper compensation. According to Gilbert & Bourke, LLP, a person who gets injured in a parking lot can legally hold the property owner liable for the accident. After a common slip-and-fall, it’s important for victims to stay in place in order to precisely identify the location of the accident. In today’s high-tech age, people naturally pull out their smartphones in order to capture evidence that can be used in the court of law. While waiting for ambulances to arrive at an accident site, it’s crucial to capture photographic proof of the injuries and surrounding conditions that have most likely led to the trauma. When it comes to personal injury lawsuits, witnesses might not even be needed to corroborate a story that can be presented with digital photos and video clips taken by a mobile device.

Victims of car crashes can suffer long-term physical injuries and emotional trauma. For example, an individual could develop a phobia of driving a vehicle after colliding with another automobile. Surely, such a fear can significantly impact a person’s quality of life and even their personal relationships. Most car accident victims often lose significant amounts of money due to temporary disabilities. An experienced lawyer can help such individuals receive compensation for all of the financial losses, physical suffering and mental distress that has occurred directly as a result of a car accident.

When fighting for compensation on behalf of clients, attorneys deal directly with the insurance companies of the driver at fault. If the driver was uninsured or underinsured at the time of the accident, then he or she could face civil charges. The best lawyers make sure that their clients never pay a single penny for medical expenses that have accumulated as a result of treating injuries from car accidents. While waiting for insurance compensation, a lawyer can also help injured clients file for unemployment and disability benefits.

Drivers who take prescription medication might sometimes get pulled over and be charged with drunk driving or driving while impaired. It’s difficult for a police officer to distinguish between a person who’s on prescription pills and an individual who’s high on illegal drugs. Even though it may be risky to take a small dose of anti-depressants while driving, such an action may still be legal. However, a police officer might mistake the side effects of potent prescription drugs for the side effects of dangerous narcotics, according to the National Institute on Drug Abuse. Drivers who take mind-altering medication and painkillers might be wobbly and dizzy while driving. Such people could wrongfully be accused of using illicit substances and then face potential driver’s license suspension. An attorney can help clients fight off wrongful accusations of DUI and DWI. It’s even possible to file a counterclaim for emotional suffering and financial losses resulting from serious traffic violations that have been dismissed in court.

Medical marijuana has been legal in Canada since 2001; however, users had to either grow their own or buy it from Health Canada. All of that changed in March 2014. Now, patients with valid prescriptions from a licensed health-care provider must buy their marijuana from a licensed producer. 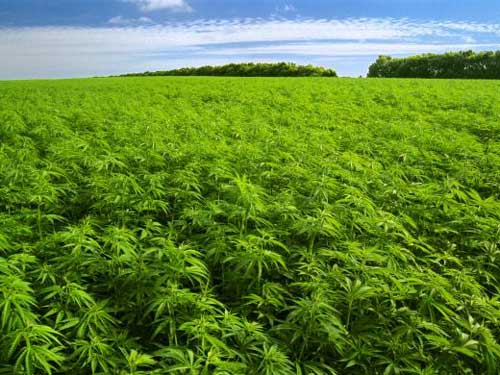 Licensed producers are expected to be large, commercial farms that grow standardized strains with known chemical composition. More than 1,000 businesses have applied to become licensed marijuana providers, but so far only 22 have received a license. No matter- these 22 have been busily marketing their products to Canadians. Company websites generally show pictures of healthy plants and beautiful growing conditions. They also offer useful information about which strains are best for treating various medical conditions and how to prepare oils and other extracts from the dried plants. Terry Booth, CEO of Aurora, one of the licensed farms, explains that they are only allowed to sell dried plants, but many users of medical marijuana need their medication in a different form. END_OF_DOCUMENT_TOKEN_TO_BE_REPLACED

When people picture the workforce behind all of the amazing modern-day gadgets and advent of the internet, most think of the bespectacled computer nerd, or the modern version of the stereotype, the “brogrammer,” with his stubbly facial hair and California casual dress. There is, of course, some truth to this image, and Silicon Valley is still overwhelmingly dominated by men. Women, however, have been part of the tech community since the very beginning, and there’s a growing number of them joining the workforce. The fresh ideas they bring with them could be just what the technology and information technology industries need: after all, fifty percent of the market is female.

Despite being severely underrepresented in the industry, there are a handful of women who are big players in the tech world who hold leadership positions. One example, according to a piece on CNN, Ursula Burns, the chair of Xerox, who worked her way up from an intern and who is now the first African American woman in history to take the company’s helm. She’s paying it forward, too: Burns is committed to promoting educational efforts for a younger generation of girls. Not convinced? Tech has also lauded Sheryl Sandberg, the COO of Facebook, and Deborah Estrin, who runs the $40 million Center for Embedded Networked Sensing at UCLA. While they’re still far outnumbered by men, women are slowly climbing the ranks of big-name companies, becoming less of a rarity even in the most technical roles. END_OF_DOCUMENT_TOKEN_TO_BE_REPLACED

Patios are a great addition to any home. It promotes outdoor living and enables homeowners to create a garden or any green space in their property.

A most suitable material used in creating patios is the natural stone. Natural stones come in different types and one of the most popular is the flagstone.

Flagstones can be made from limestone, shale and sandstone as well as other natural materials. They are available in varied colors and in flat square and rectangular cuts. END_OF_DOCUMENT_TOKEN_TO_BE_REPLACED 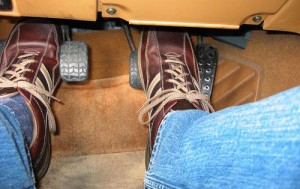 Driving a stick shift can be a lot of fun. It offersÂ  a level of control that only top-end automatic transmission cars can provide. A manual transmission car also makes you feel involved in the driving since you have to make adjustments with your acceleration and your shift lever on your own.

Manual transmission driving is a skill and it takes constant driving to really learn the intricacies and nuances of driving a stick shift.Â  If you think youâ€™re already good at driving a manual transmission car and but still want to learn some new skills, then you should learn how to do the heel-to-toe shifting technique. END_OF_DOCUMENT_TOKEN_TO_BE_REPLACED