Immigrating to the United States is a dream for many people.  Once you attain your green card, you can live and work indefinitely without having to worry about renewing your visa.

It can take years and a lot of money to obtain, so it’s in your best interest to avoid actions which could affect your residential status.

Here are some of the things that you should avoid at all costs if you want to make sure that you keep your permanent resident status in good standing.

END_OF_DOCUMENT_TOKEN_TO_BE_REPLACED

As a child you might have some fond memories of vacations with your family. Time away from “real life” is where a family can often bond the most together. Today, with the busyness of our lives and both adults typically working, a vacation can be harder to schedule than ever. Still there are many vacation options, such as the ones below, that can fit into a tight schedule.

If your family enjoys skiing or snowboarding, a one or two night ski trip to the mountains might be a natural choice. There are many groups or resorts that specialize in putting together multi-night family packages for skiers and snowboarders. This type of trip is obviously best in the wintertime, but if you have the time and means to travel snow can be found somewhere year round. Another plus is that the trip can be relatively inexpensive, especially if you don’t have to travel far and shop around for the best deal. END_OF_DOCUMENT_TOKEN_TO_BE_REPLACED

The holiday season is here and many people are traveling to see loved ones or visit favorite places. Some will receive airline tickets as a present and may be taking their first overseas trip. Travel is easy for most Americans. A passport is needed for travel out of the country. Visas are necessary for Americans to enter many foreign countries, just as visitors from other countries must obtain visas to enter the States.

One important tip for inexperienced travelers is to prepare a small health kit. There aren’t specific guidelines for what to include, as individual needs vary. Just think about what you might need for routine care, such as aspirin, band-aids, or sterile hand wash. Experts stress that you take only the prescription medications needed for the time you expect to be gone, keep them in the original containers, and keep all medications with you rather than packing them in your luggage. END_OF_DOCUMENT_TOKEN_TO_BE_REPLACED

It’s one of the most famous, most adventurous-sounding ways of traveling the globe, bringing to mind images of hunting lions, sleeping in tents, and driving through the desert in a jeep. It’s a tantalizing image, but most of us have never actually done it. If you decide to take the leap this year and go on your own African safari, here are a few things to keep in mind for the optimal experience.

Know What Visas You Need

Touring large parts of Africa can get complicated. Since you’re traveling through many different countries, you may need different clearance to enter each one. This process has been simplified recently with the recent addition of the Univisa, which allows eligible visitors to travel on a single tourist visa throughout several African countries.

As an example of how this will simplify things, consider Victoria Falls, the largest waterfall in the world. The Falls are shared by Zambia and Zimbabwe, and before the Univisa, tourists needed to acquire two separate $50 visas to see the Falls from both sides. Thanks to the Univisa, however, you can now have the whole experience on just one visa.
END_OF_DOCUMENT_TOKEN_TO_BE_REPLACED 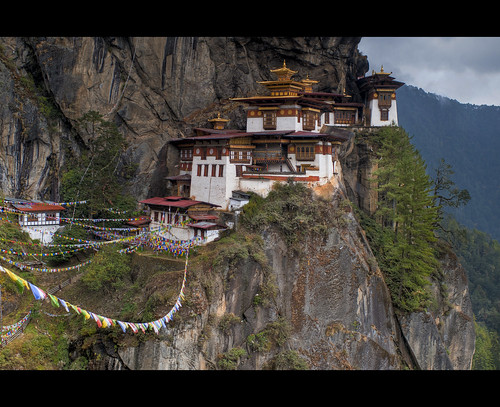 The Demilitarized Zone, a four-km wide buffer zone that separates South Korea from its terrifying counterpart North Korea, is an intense experience where you’ll experience real fear. American, North and South Korean soldiers patrol the borders and a tightly controlled tour is best for the weak of heart. Two villages sit at the DMZ, the Freedom Village of South Korea, and the Propaganda Village of North Korea, names given to them by the Americans. END_OF_DOCUMENT_TOKEN_TO_BE_REPLACED