Lifestyle is a very broad topic. Thus, creating and building a lifestyle blog may not be as easy as most would like to think. Some see it as some magazine-type of reporting while others may look at it as more of a personal sharing of the day-to-day existence of the author. Whatever form it adopts however, it would require a clear and structured manner of building it towards online success.

Define the Lifestyle Blog You Want to Create

As already mentioned above, there are two ways to go about creating your  lifestyle blog through the nature of its contents. It isn’t really important which one you choose except that you must truly be comfortable with your choice. It would be very hard to come up with consistent quality content if you do not choose accordingly. Without which, we cannot even start to talk about building a lifestyle blog.

The foundation of your blog is its contents. If you are anticipating any difficulty in producing quality content, you can try a reliable guest blogging service.Professional writers can provide guest posts. There is also the added benefit of building links in the process which is always very good in building blogs.

Link to Those That Matter

Building a lifestyle blog or any blog for that matter requires linking to those that matter in the industry or niche in which your blog is moving in. You cannot build the blog on your own because blogs by nature thrive on interaction with others.

You can create a blog any time but there is no assurance that you will be able to make it achieve your desired goals without others taking an active interest in your blog. Will you be tackling food and dining? Will it be about pop culture? Will you be giving accounts of beautiful sites and attractions? Whatever it is, you need to connect with people and blogs within your topic circle.

Sharing of only the good side of everything that’s happening to your life may create some unexpected backlash. Some readers are actually turned-off by articles that make them feel less fortunate and happy in their lives. So when a lifestyle blogger happily shares accounts of his seemingly perfect life, it will not always get positive feedback.

You and only you as the owner of your blog can truly determine what it would take to build your blog from the bottom. Obviously, you had a vision when you started it. Take that by the hand and work on accomplishing it with your lifestyle blog.

People are free to lead the lifestyle they choose. Depending on how we choose to live our lives, legal woes may or may not be a regular part of it. Admittedly, there are lifestyle types that are riskier than others, leading us to a future that is not as clear as we had hoped for.

If you are someone who enjoys and actually gets a kick from leading a life that often challenges the law, then you are living a rebel lifestyle. You tend to go against set standards and norms even at the expense of your own safety and that of others. A classic example is a driver perennially  driving under the influence. He knows it is against the law, he knows he can get hurt, and he knows he can get himself into deep legal trouble but he does it just the same. Most will defend themselves by saying that they can’t help themselves. These people are better off helping themselves by checking into a rehab facility or getting the best DUI attorney there is. Doing both is ideal.

We all know what kind of legal woes are attracted by people who spend more than they earn. These are the ones that will bring them face-to-face with credit collectors and related agencies. Those who have submerged themselves in debt too deep may even have no choice but to declare bankruptcy. This will require a complicated process of reestablishing credit reputation which can only come in time.

White-collar crimes refer to non-violent crimes committed by business and government professionals which are financially motivated. These would come in the form of fraud, bribery, insider trading, cyber-crime, money laundering, identity,theft, forgery, embezzlement, and copyright infringement. Respected people usually occupying high positions find themselves facing legal woes when the pull of money that is expected to be gained comes out stronger than the will to do right. Financially motivated crimes are usually committed to maintain or achieve a desired social status or simply for material gain.

While it is possible that people will still find themselves facing legal problems even with a purposeful intent and effort not to swayed by the call of an easy life, such possibilities are lesser than when people choose to lead risky lifestyles. Legal problems can make life difficult more than necessary. The good thing is that they can be avoided my making the right choices. 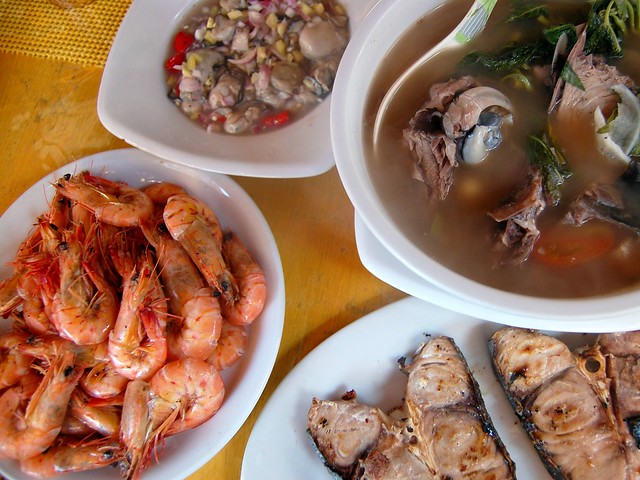 Recovering from a divorce and a bitter one at that is never easy. Life can be a mix-up of emotions, circumstances, and major changes that is almost always difficult to face. There is no choice however but to face them since they will be the key to recovering from the divorce.

Bitter divorces are usually characterized by a lot of maneuverings and strategizing. They may involve deceit, threat, and violence. So without undermining the difficulty of going through divorce, here are 5 suggested steps for easier recovery from a bitter divorce.

Any kind of marital divorce would always leave at least one party grieving, even in cases where divorce was supposedly a mutual choice and decision. A failed marriage is not a reason to celebrate except probably for those who planned their marriage to end specifically that way by some sinister design from the very start. Grieving for a failed relationship and the resulting broken family is expected. It is even healthy but at a certain point only. After some time, it has to stop so you can go to the next step towards recovery.

Sorting and organizing involve as much the emotional aspect as the physical one. You will have to sort, segregate, organize, and decide on physical possessions and other legal intricacies resulting from the divorce. As you go through the physical motions of putting everything in order, you will have to deal with the emotional side of organizing as well. Organizing your thoughts and emotions isn’t cold-hearted at all. It is a necessary part of recovery because it is about facing reality.

Attend to Yourself and Your Family

Determine the changes that will happen to you and your family as a result of divorce. Make plans and arrangements to address them. Don’t stop at planning but rather act on them according to established priorities. Professional help may be needed for especially traumatic marriage and divorce experiences. Do not be embarrassed to take it and consider it as one of the support  methods for recovery. Of course, such assistance should not be a permanent thing as you are expected to get better in handling your situation in time.

You still have your family and friends with you even after the divorce. In fact, you should be forming new relationships but not necessarily of the romantic nature. New associations are better focused on self-improvement rather than getting hooked up in new love interests at once.

Let Go and Be Open

Let go of the bitterness and be open to new possibilities. Do not allow yourself to be forever trapped in the victim syndrome. You can make positive changes in your life and live it the way it should be lived – peaceful and complete even when alone.

Sara Angle is a professional blogger that shares tips and information about the divorce process. She writes for Widrig Law PLLC, a top divorce law firm in Nashville TN.

A number of countries as well as roads in the US have been identified as the most dangerous places to drive.  The dangerous countries were determined based on the ratio of deaths related to vehicular accidents to number of vehicles.  The US roads that top the list were considered dangerous for being the fastest roads or roads where vehicle travel speed is fastest.

Some drivers may be intimated by these statistics but there is no reason to totally avoid these places especially if one really needs to go to a country included in the list or one has to travel through the so-called fastest roads.   The principles of defensive driving dictates that a responsible driver should be be able to anticipate possible risks and be prepared for them.  With the right information and sensible driving, drivers can still live to see the day that they can say that they survived driving in these danger territories.