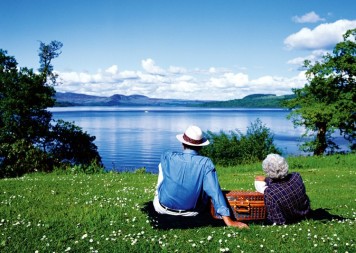 At some point in people’s lives, they have to retire from work. It may be in their own country or they can always move to a new place or country where they feel they’ll enjoy their life more.

Many retirees are often conscious of their finances and once they enter retirement age, they prefer to live in a place where the cost of living is more affordable. In most cases, those from the U.S. and Europe often decide to retire in Asian countries where they can lead a very comfortable life and enjoy extra savings from their retirement funds.

In the U.S., Forbes Magazine has issued a list of the 25 best places to retire in 2012. They took into account the financial factors, weather as well as unemployment and crime rates. Among the places listed are Albuquerque in New Mexico, Alexandria in Louisiana, Ashville in North Carolina, Austin in Texas, Boomington in Indiana and Atlanta in Georgia.

In Europe, there are also retirement havens not known by many people. France, for instance, has Languedoc in the south where couples or families can lead a good life at a reasonable cost.

Italy has its secret gem called Abruzzo. This place boasts of golden beaches and lush mountain valleys. Owning a home valued at less than $75,000 is possible here.

For those considering Ireland, the best place to retire is on Emerald Isle. What makes Ireland an ideal place is that most people here speak English, are friendly and hospitable, the place is peaceful and real estate prices are down by 50 percent and they continue to decline.

Other European countries where senior citizens can settle in are Spain and Crotia. Spain is well known for its coastlines, the Atlantic and the Mediterranean.

In South America, the most popular destinations for retirees are Costa Rica, Panama and Ecuador. Ecuador not only offers diversity in its natural resources but an affordable standard of living as well. The coastal city of Manta is highly recommended because of its decent amenities and facilities without the high prices associated with city living.

Panama is a top retirement destination particularly for those coming from North America and even Europe because of its accessibility. Although it may not be cheap to live here now, retirees can enjoy special benefits.

The southeast part of Asia is also a favorite for expats. Malaysia, Thailand the Philippines are where many foreigners now live and enjoy their retirement years. In Thailand, retirees can experience a comfortable lifestyle and avail of world class services and amenities. In fact, 15 percent of the country’s population are made up of foreigners.

The Philippines also offers affordable cost of living and real estate properties. The people here are friendly and hospital and best of all, they make an effort to speak English to better communicate with foreigners.

Marissa is a wife of an expat from the U.S. who plans to retire for good in the Philippines. The couple is grateful for AssistedLivingToday.com where they got tips on managing their finances.