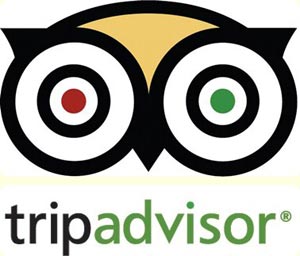 If you are among the

millions people who, like me, use TripAdvisor to check out and compare accommodations before booking a hotel, you might want to learn how to spot fake reviews.

TripAdvisor has of course been doing its best in spotting properties that pay freelance writers to produce fake reviews for their hotels and restaurants. Currently, there are already 30 properties around the world that have been blacklisted for suspicious reviews, which might seem a big deal, except that there’s probably a whole lot more fake reviews that haven’t been spotted.

As a traveller, it is also not just fake positive reviews that we need to learn to spot, but negative reviews planted by competitors and even just plain disgruntled hard-to-please customers.

To get a more realistic picture of what to expect from a hotel or restaurant I plan on visiting, don’t just swallow everything TripAdvisor reviewers say. Keep in mind that most people will only spend time to write a review if they’re either really happy about their stay or really frustrated about it. With that in mind, I would suggest just screening out reviews that are extreme, whether that be extremely sold out on the place, or extremely unhappy about it.

You also never base your expectations on just one review. Read several reviews before believing anything. Reviews with pictures are also better, because its more proof that they at least visited the place. Of course, some might just have downloaded photos from the Internet and claimed it as their own, so a picture with the reviewer in it is an even better sign of trustworthiness.

In the end, you should also set your expectations based on accommodation costs. If you are used to staying in luxury hotels, then no matter how wonderful other people’s stay in 2-star hotels may be, you’ll probably find it lacking when compared to your experiences. Just use your common sense and you’ll probably be happy with your travel experience fake TripAdvisor reviews and all.