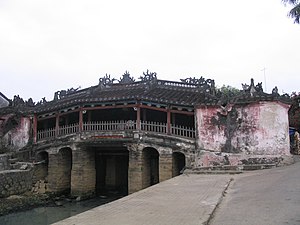 Hoi An is like setting foot inside one of those old Chinese movies. The elements are all there. From the low-tiled roofs to the narrow streets, Hoi An is a picture perfect replica of what ancient Vietnam used to be. The small city is located in the South Central Coast of Vietnam. In the 16th and 17th century, it served as one of the major trading centers in Southeast Asia, attracting a lot of Chinese, Japanese, Indian and even Dutch people.

Now, Hoi An is considered a UNESCO World Heritage Site. Despite being a relatively small city, it has been enjoying a boom in its tourism industry in the recent years. A lot of visitors are taken in by the number of shops selling arts and crafts unique to Vietnam. Visiting the city’s main attractions require coupons. These are available at the Hoi An Office of Tourist Services.

The city also has a place for modern technology. There are a number of restaurants, bars and Internet cafes by the river. However, the locals make it a point to shut off such modernities every 15th day of each lunar month. This means no fluorescent lights. No neon lights. No television. Not even modern modes of transportation.

On this day, Hoi An celebrates the Buddhist way of worship. This is going to be a more interesting experience for those who want immerse themselves in the city’s culture and history. Paper lanterns will hang everywhere, giving the city a most intimate glow. There will also be incense and singing, transporting tourists to a time long passed.